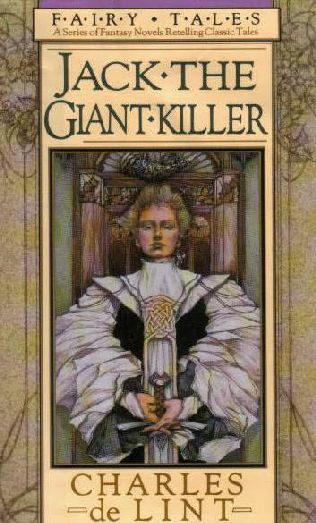 In Jack the Giant Killer, by Charles de Lint, Jack is not a he, but a 19 year old girl named Jacky Rowan. And the story doesn’t take place once upon a time, it takes place in modern day Ottowa, Canada. This is another book in Terri Windling’s Fairy Tale Series, in which each book is an adaptation of a classic fairy tale. And this is an early book in the extensive repertoire of Charles de Lint, whose groundbreaking work in a relatively new genre — urban fantasy — is beloved by many. This book was lightweight and early de Lint, but fun.

Jacky Rowan’s life has become meaningless. Her boyfriend has left her, but although she’s relieved to have that demanding relationship at an end, she has no idea who she really is and what she should do with her life now. Her dilemma is quickly resolved as she wanders through the night and encounters the parallel world of Faerie in the city of Ottowa.

But in the shadows beyond its streetlamps, in the alleys between high-rise buildings, there is something extraordinary for those with the Sight to see: Trolls squat beneath motorway bridges; the Wild Hunt rides through downtown streets; giants stalk the neighborhood parks, shaking the earth with their stride..

Jacky becomes the unlikely hero of this story, finding hidden strengths and abilities that are needed in the war between the good and bad forces of the world of Faerie.

As in the tale of old, there is a quest to undertake a treasure to claim, giants to defeat. But unlike the villains of childhood stories, these Faerie creatures are real, and deadly. And there is no guarantee of ending happily ever after…

It’s a fast read, a fun introduction to the genre of urban fantasy, and an enjoyable adaptation of another fairy tale. I do love the idea that the world of Faerie runs parallel to our own reality, and that if we only had the Sight, we could see all it’s hobs and goblins, giants and trolls, fairies and gnomes. Charles de Lint is very good at briefly giving us that Sight. And I must not be the only person that becomes entranced by that idea… Just take a look at the photo below. It’s a photo of the troll under the Aurora Bridge in Seattle! 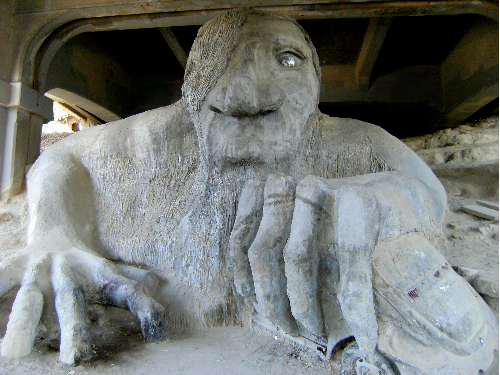 10 thoughts on “Jack the Giant-Killer” 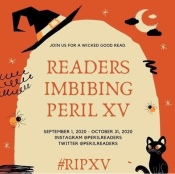