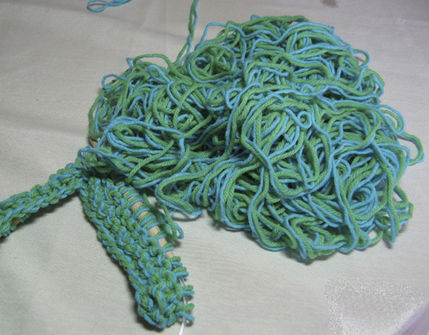 There have been many times as a knitter that I finally decided to “frog” a project that just wasn’t working out for me.  For whatever reason, the time wasn’t right for the project, so I unraveled it and wound up the yarn for later.  I did that this week with a book…frogged it. Nothing new to us as readers, but I’d never used the word to describe what I do when I simply stop reading a book because it’s not the right one for now.  I was disappointed, because I wanted to like Connie Willis‘s novella, Remake. But I frogged it, and maybe will pick it up again later on and give it another chance.

5 thoughts on “Frogging a Book”