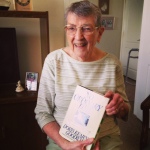 My mother, at age 95, is still a prolific reader and an inspiration to me. She lives next door to a wonderful library and enjoys walking there as often as she can. During the winter months, when the weather is awful, she foregoes her walks to the library and chooses more Kindle books to read. She recently found one she enjoyed very much and she sent me an email describing it. It is a story that came out of World War II and the Holocaust, the story of a strong and courageous woman, both things of great interest to my mother. Since she hasn’t written reviews for my blog in quite awhile, I decided to include her email as a “Guest Post from Mom.” 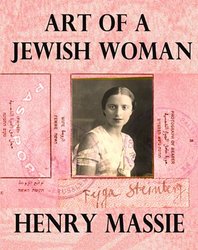 I have just finished reading  a biography called: Art of a Jewish Woman written by her son, Henry Massie. It is a remarkable story. When I read of her death at the age of 97, I could not hold back the tears, a complete surprise to myself.

From a review on Amazon I found this short review helpful in covering some important facts about this memoir, Dr Henry Massie’s’ account of his mother.

Kitty Hughes – See all my reviews

This review is from: Art of a Jewish Woman: The True Story of How a Penniless Holocaust Escapee Became an Influential Modern Art Connoisseur (formerly titled Felice’s Worlds) (Kindle Edition)

“Felice’s World is a graceful and thought-provoking read of the difficult, complex and rich life of the author’s mother. It fills in the various historical contexts of her life in a meaningful way, showing us the various worlds that Felice moved through and the ways she was shaped by and shaped the environments that enclosed her.”

Felice was able to escape the worst of the devastation the holocaust had on members of her family. She escaped to America with the help of family relatives living in the United States. She spoke a number of languages and mastered French to near perfection. She tutored young people from rich families in French, and was often able to be a live-in teacher, which helped her immensely.

From a young age, she was declared a beauty and her beauty provided definite advantages. She was certainly brave in accepting opportunities that came her way. Her story began in Poland and the war kept her moving to safer places. What an amazing story!  It was hard for me to try to write about her but wanted to share a bit with you.