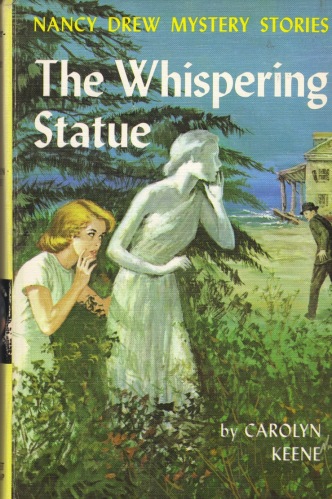 The Whispering Statue, by Carolyn Keene, is book #14 in the original series. All the Nancy Drew books were actually ghostwritten, and my favorite of the ghostwriters was Mildred A. Wirt Benson. She wrote the first twenty-three books in the series, and those are my favorites.

Another interesting tidbit about the early Nancy Drew books, which were originally published in the 1930s, is that they were rewritten and republished in the 1970s. The copy I read of The Whispering Statue was definitely a rewritten one from the 70s because the plot was significantly different and shorter than the earlier version, AND the word “groovy” was used two or three times in the story. That was a dead giveaway to someone very familiar with the late 60s and early 70s!!

I enjoyed rereading this mystery. It was pleasant to spend an afternoon on the porch with a fun book. My goal is to slowly reread as many of the Nancy Drew books as possible!

Once again, Nancy faces two puzzling mysteries at once! The first concerns a valuable collection of rare books that Mrs. Horace Merriam commissioned anart dealer to sell–has he swindled her instead? The second mystery revolves around the baffling theft of a beautiful marble statue. To solve both mysteries, the famous young detective disguises herself and assumes a false identity. Despite these precautions, danger stalks Nancy’s every move. An attempted kidnapping, a nearly disastrous sailboat collision, and an encounter with a dishonest sculptor are just a few of the exciting challenges that Nancy is faced with as she gathers evidence against a clever ring of art thieves.

I read this book for the RIP XIII challenge, Peril the First. 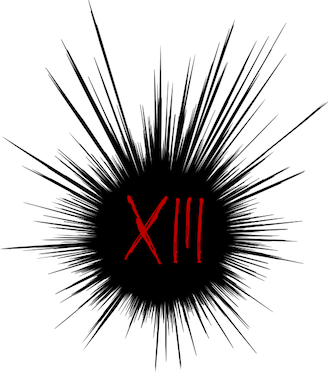