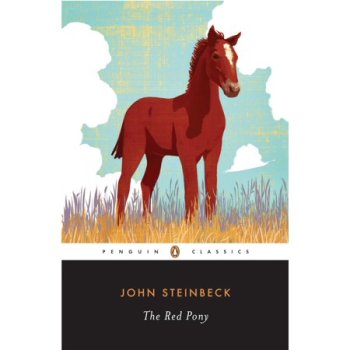 The Red Pony, by John Steinbeck, is a novella in four stories about a young boy growing up on a ranch near Salinas, California. The boy, ten-year-old Jody Tiflin, lives with his father, a strict and harsh disciplinarian, and his mother, who is strong and understanding, and one ranch hand, Billy Buck.  All of them work hard to make a living from the ranch.  It is good, honest work, and they are good people, but life is harsh.

Although just a young adolescent, Jody has to grow up quickly. He has to carry his own weight in terms of chores and help on the ranch, and he is constantly learning. In the first story, he is given a beautiful red pony and it is his responsibility to care for her and keep her well and safe. He relies on Billy Buck to guide him and teach him everything he needs to know about his pony. One day, when Jody has to be in school all day, Billy Buck tells him that he can let the horse stay out in the field for the day. Jody questions him about the weather because the pony shouldn’t be outside in the rain. Billy reassures him that it won’t rain. Unfortunately, it does rain and after spending most of the day outside in the elements, the horse gets sick.

Jody must face life’s challenges head on, but he is resilient, imaginative, and still very much a young boy (collecting frogs on his way home from school and putting them in his lunchbox, to the dismay of his mother). When his grandfather comes to visit, his imagination is captured by the stories he tells Jody of leading a wagon train westward.

Jody lay in his bed and thought of the impossible world of Indians and buffaloes, a world that had ceased to be forever. He wished he could have been living in the heroic time, but he knew he was not of heroic timber. No one living now, save possibly Billy Buck, was worthy to do the things that had been done. A race of giants had lived then, fearless men, men of a staunchness unknown in this day. Jody thought of the wide plains and of the wagons moving across like centipedes. He thought of Grandfather on a huge white horse, marshaling the people. Across his mind marched the great phantoms, and they marched off the earth and they were gone.

Although I read this book a long time ago, this re-read was like reading it for the first time. I remembered that it was sad, and that it wasn’t a children’s story. But I hadn’t remembered how beautifully written it was, and that John Steinbeck was an extraordinary storyteller. I must revisit more of his books!

I read this book as part of my year-long celebration of turning 70 years old. The movie version of this book was released in 1949, my birth year.

I also read this book as one of my 50-books-in-5-years for The Classics Club.

I also chose this book to read for my personal challenge, “WANDERLUST: Reading the States,” an effort to read books that are from or take place in each of the 50 United States. This book was set in California.

6 thoughts on “The Red Pony” 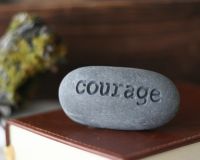