In honor of J.R.R. Tolkien’s birthday today, I’d like to share some memories of how his books, The Hobbit and The Lord of the Rings, touched my life almost 50 years ago and are still today something that I turn to and love to reread.

1968 was an incredibly powerful year in my life. In late January of that year, I returned from living for a year in Argentina as an exchange student, a life-changing experience.  On my return, I immediately started college, another life-changing experience. The Vietnam War was raging and some of my high school friends were already gone. In April, Martin Luther King, Jr. was assassinated. In June we also lost Bobby Kennedy. And later that year, three astronauts orbited the moon. I remember the despondency I felt after the two assassinations and the awe I felt at the moon orbit. I remember vividly the overwhelming sense of the world spinning and life taking off at exponential speed, as indeed it did.

In the middle of that year of upheaval, I read a great book review in the New Yorker about a series I’d never heard of: The Hobbit and The Lord of the Rings, by J.R.R. Tolkien. I immediately went out and bought the books and immersed myself in that world…and that experience was also life-changing in a way. The world that Tolkien created was so complete and so beautifully written. The books are an epic story of courage and dignity, of the power of goodness and friendship, and of the regular “little guys” being able to make an incredible difference in a world filled with darkness. It was a great tale, but I loved it especially for those nuggets of truth that spoke so eloquently to me and which are so often quoted now on the internet:

‘I wish it need not have happened in my time,’ said Frodo. ‘So do I,’ said Gandalf, ‘and so do all who live to see such times. But that is not for them to decide. All we have to decide is what to do with the time that is given us.’

And I loved it, too, for the sense of nostalgia for times past and for home and the simple things in life. I’ve reread them numerous times now, and they capture me each time. So in early December, feeling overwhelmed by the state of the nation and the world, I realized that I wanted to read them again. I read The Fellowship of the Ring slowly, not wanting to miss a single word, song, or poem! And I am 1/2 way through The Two Towers now. Once again these books are helping me to put things in perspective, reminding me that “there is a seed of courage hidden (often deeply, it is true) in the heart of the fattest and most timid hobbit…” and giving me hope that each one of us can make a difference in the world today. There is always Hope.

That’s a pretty amazing experience/connection to have with a story, with any book! But, that is exactly why I love. to. read.

3 thoughts on “A Return to Middle Earth” 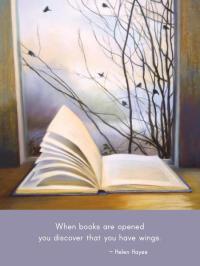 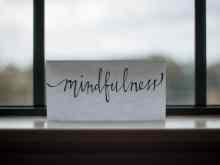