My husband has long admired Joseph Conrad’s writing. Conrad’s stories are both powerful and profound, and his writing is impressively beautiful, especially considering that English was not his first language. Byron’s old, yellowed copy of Heart of Darkness sits on our coffee table these days rather than on the bookshelf.

So I wasn’t surprised the other day when Byron asked me to read a quote from Conrad’s, Lord Jim. He had just run across the quote in his handwritten reading notebook, copied down from his reading of the book in 2018, and told me that the quote described what having terminal cancer is like for him. He said that Conrad nailed it. It is heart-wrenching to read, but I’m glad that he shared these really deep emotions with me, through the words of one of his favorite authors.

I decided to share this quote with you, because I think it perfectly demonstrates a big part of why we read — to find those nuggets of truth that explain, give an understanding of, or put into words what we are going through in life at the moment.

There are many shades in the danger of adventures and gales, and it is only now and then that there appears on the face of facts a sinister violence of intention—that indefinable something which forces it upon the mind and the heart of a man, that this complication of accidents or these elemental furies are coming at him with a purpose of malice, with a strength beyond control, with an unbridled cruelty that means to tear out of him his hope and his fear, the pain of his fatigue and his longing for rest: which means to smash, to destroy, to annihilate all he has seen, known, loved, enjoyed, or hated; all that is priceless and necessary—the sunshine, the memories, the future,—which means to sweep the whole precious world utterly away from his sight by the simple and appalling act of taking his life.

Pietr the Latvian is the first book in George Simenon’s extensive series with “Inspector Maigret.” I’ve been curious about this series for years, so I thought it was about time to find out why so many people seem to like Inspector Maigret. And I discovered that I liked him, too!

According to Wikipedia, the character of Inspector Jules Maigret “was invented by Simenon while drinking in a cafe by a Dutch canal and imagining a Parisian policeman: “a large powerfully built gentleman…a pipe, a bowler hat, a thick overcoat.”  Maigret was reputed to be based on Marcel Guillaume, an actual French detective, although Simenon himself variously claimed not to remember the inspiration or that Maigret was influenced by Simenon’s own father.”

Inspector Maigret was a man that people would often underestimate. His size and his unassuming manner were a perfect cover for his keen instincts and skills.  His knowledge of human behavior, his uncanny ability to observe the smallest details, and his brilliantly deductive mind made him an enjoyable detective to follow.

Summary of this first Maigret novel from the publisher:

Inspector Jules Maigret, a taciturn detective and commissaire of the Paris Brigade Criminelle, receives notice from Interpol that a notorious conman known only as Pietr the Latvian is en route to France. Armed with a broad description and a scant few clues, Maigret plans to intercept him at the train station outside Paris. But when he arrives, he finds that there are several suspects—some living, and some dead—who meet the description uncannily well.

Who is Pietr the Latvian, truly? A vagrant, a seaman, a businessman, a corpse? Russian, Norwegian, American or Latvian?  In Pietr the Latvian, the iconic first novel of Simenon’s classic series that made Inspector Maigret a legendary figure in the annals of detective fiction, Maigret must use his every instinct to unravel the mystery and track down the truth.

There are twenty-two books in the Inspector Maigret series. It would be very easy to get caught in this series … a terrific winter reading project, perhaps? 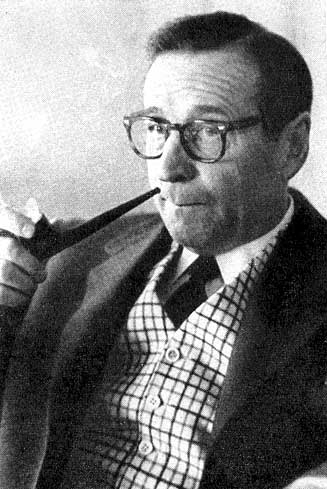 I read this book for the Readers Imbibing Peril XVI challenge. It was a book that was on my list of 50 books in 5 years for The Classics Club.

I have loved these special Zinnias (Zinnia Señora) I planted this year!  I purchased the seeds from Floret Flowers in Washington State. They’ve bloomed nonstop throughout the summer, and I hope they last until the very last minute before frost. What joy beautiful flowers bring!

I’m sharing a poem with you this morning by one of my favorite poets, Billy Collins. It’s one that speaks to me, our focus right now being on living day to day, and each day to the fullest we can. I am cherishing each day. 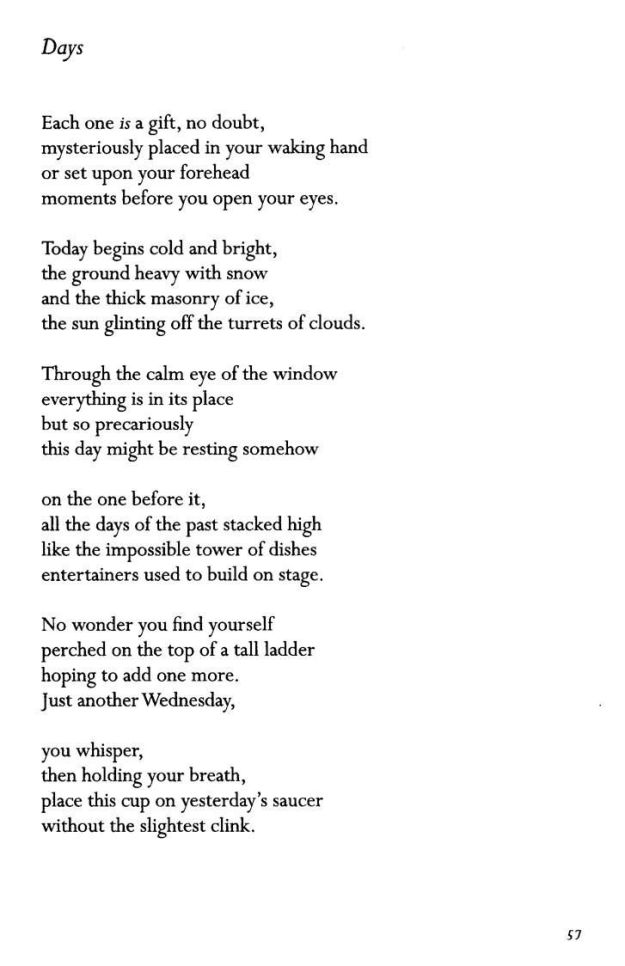 A Christmas Tragedy, by Baroness Orczy, was a fun and interesting short story I listened to for the Readers Imbibing Peril-XVI reading challenge. The very first audiobook I listened to (some 40 or so years ago!) was Baroness Orczy’s, The Scarlet Pimpernel. I loved that story and her writing, so I knew this would be a good choice for a quick mystery to read for my “Peril of the Short Story”.  And I did enjoy this classic who-done-it.

A Christmas Eve party at Clevere Hall ends in tragedy when the host is found stabbed to death. Major Ceely certainly wasn’t short of enemies, but who hated him enough to commit the crime?

Baroness Emma Orczy (1865-1947) was an Hungarian-British author who is known for her popular series of books starting with The Scarlet Pimpernel. That series was groundbreaking in terms of introducing a hero who specialized in disguises and appeared to be just a bit of a dolt in his daily life. Sort of a Clark Kent of that time. She also created the character of Lady Molly of Scotland Yard, who was one of literature’s first female detectives.

Her books are fun to read, ahead of their time, entertaining, and are well worth reading.

I read this book for the Readers Imbibing Peril – XVI challenge.

It was also one of my choices to read 50 books in 5 years for The Classics Club. 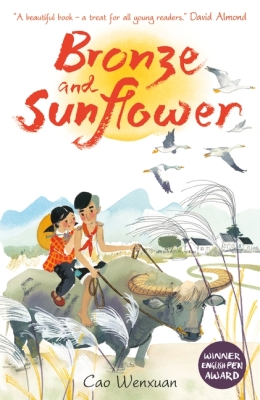 Bronze and Sunflower, by Cao Wenxuan, is a book about two young people growing up in China during the Cultural Revolution of the 1960s and 1970s. During that period of time, many artists were relocated to “Cadre Schools” (labor camps) in the countryside. Sunflower’s father was an artist, a sculptor that created beautiful bronze sunflowers, (he loved sunflowers and that’s why he named his daughter after them) and he was one of the artists that was removed from the city.

So Sunflower moved with her father, along with many other relocated city people, to the shores of a big river. Directly across the river was a small country village, and she watched the people, and especially the children, from the reed covered riverbank. When Sunflower’s father died, there was no place for her in the town, so some of the aunties in the town took her across the river to the village, and sat with her in the village square hoping that someone would take her in. There were two families in the village that showed an interest in “adopting” her. One was a wealthier family, but their son had been a bully to her. The other family was an impoverished family, and their son, Bronze, wanted Sunflower to become his sister. Bronze was a strong, kind, and  intelligent boy, but he was mute since a traumatic experience when he was younger. Sunflower had come to know him through interactions on the river bank, and when the decision as to which family would become her new family, she chose Bronze’s family.

And she became a dearly loved member of that family — a family that was poor, but with a huge heart. Life was not easy for this family, but they had great dignity and compassion, were hardworking and resilient, and they loved Sunflower deeply.

The story of this family facing the difficulties of poverty and famine, and the warm relationship between Sunflower and her new brother, Bronze, is both heartfelt and moving. Bronze protected her and kept her safe from the town bully; they worked together to help to grow and gather food for the family; Sunflower taught Bronze how to read and write (because he was mute, he was not allowed to go to school); and they shared the joys of being children of the countryside.

It is a lovely story. One reviewer said it should be considered for a Newbery honor, and I would agree with that idea. It certainly was an honest and heartfelt immersion into a different culture and time.

I recommend it highly.

I chose this book to read for my personal challenge, “Wanderlust,” an effort to read books that are from or take place in each country of the world. This book was written by a much loved children’s book author from CHINA.

I am awake in the middle of the night listening to a pair of Great Horned owls calling to each other from the tall trees in our neighborhood. This is such an unusual happening — being awake like this at this time (yes, I have too much on my mind) and also to hear the owls. So instead of sleepless worry, I am simply enjoying the song and the amazing conversation between the two owls. It is magical!

~ from  Bubo: The Great Horned Owl, by Jean Craighead George

August turned out to be a very busy month. It was filled with doctors appointments and treatments for my husband, lingering summer heat, beautiful flowers in the garden, and some enjoyable reading. I am hopeful that, in September, we will spend less time in waiting rooms and more time in our reading chairs or in the garden. We’ll see.

I hope your August was full of good reads and happy summer activities!